Ubud, Kings palace.
The Kids wanted to make another search picture.
My 3 females are all hidden. The first to find all three of them will get a balinese gift. Ada is almost impossible to find. (make as big as possible)

The tour from Ubud to Lovina was very neat. 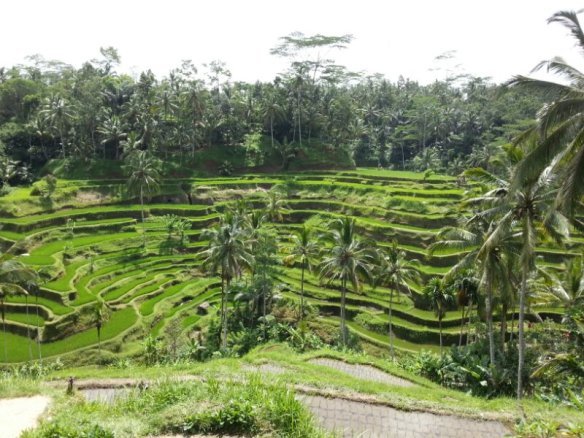 We also got to see a place where they show how a special coffee is produced as follows:
An cat-like animal is fed with ripe coffee beans. The kids could also feed it. Their shit is collected, the beans extracted, dried and rosted. Sells 40$/100g.
Had a try. Tasted like a brew we once had at the Mutschellen Hasenstrick Japanese Restaurant: we then first thought the machine is broken and uses the filter twice. Weak (or you may say mild).
Further on good lunch with a view at Gunang Batur Vulcano:

Now in Lovina. Heavy rain. Touristy, but not so crowded.

Still difficult. Click on Image for full size!
Ada is on the very left side left of the tree. Just the face barely visible. Lena on the far right left of a pillar.
Astrid left of Lena behind the blue hat. That was not intentional though.